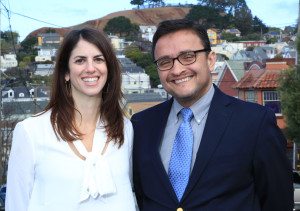 As a champion in understanding the plight and struggle to survive in San Francisco, and helping to allow homeless people and their furry companions in SF Navigation Centers, Hillary Ronen has earned our trust on animal welfare concerns and will continue this legacy in ensuring just decisions and support in her district and citywide.

Current D9 Supervisor David Campos, a dog guardian, has been a valued and supportive public official and friend of the large SF dog community as was his predecessor, former Supervisor & Assemblyman Tom Ammiano. Both are supporing Hillary Ronen.