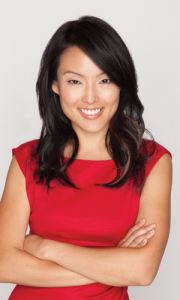 Jane Kim has championed a number of bills that have benefitted both residents and small businesses in her district and citywide. No official “dog play area” had ever existed under SF Recreation and Parks Department (SFRPD) Dog Play Areas Program (DPA) in District 6—which spans from Treasure Island to the Tenderloin to SOMA to Mission Bay—until Jane was instrumental in creating an official dog park there, West SOMA Skate and Dog Park, under the auspices of SF Department of Public Works (SFDPW) completed in 2014. Additionally, the only other off-leash dog park in District 6 is Rincon Hill Dog Park which is also managed by SFDPW.

Jane recognizes the importance of the human-animal bond in personal, social, and mental health and plans on carrying this principle in Sacramento. She has supported rent control, more affordable housing, and other programs to help people stay in their homes like community land trusts, free from eviction, which in turn has prevented the separation of many residents from their pets. This also has helped keep the overpopulation of orphaned animals in our shelters and rescue groups.

She supports off-leash walking and has been a solid vote opposing the National Park Service in their draconian attempt to remove 90% of our off-leash access in the Golden Gate National Recreation Area (GGNRA), and would seek to increase access in SF local and CA state parks.

The intensity of building development and land use issues in her district has provided her with deep insight into the issues of poverty, homelessness, living wages, and employment availability, among other facets of survival in our urban setting. In understanding the plight and struggle to survive in San Francisco, and helping to allow homeless people and their furry companions in SF Navigation Centers, Jane Kim has earned our trust on animal welfare concerns and will continue this legacy in ensuring just decisions and support in her district, citywide and across the state.

Note: Both candidates were sent questionnaires on October 15th with instructions to return by the due date of October 19th at 5pm. The decision was to made on October 20th. Only one was received from Ms. Kim on time. Mr. Wiener's arrived on October 21 past the deadline so could not be considered. We did not hear from him.